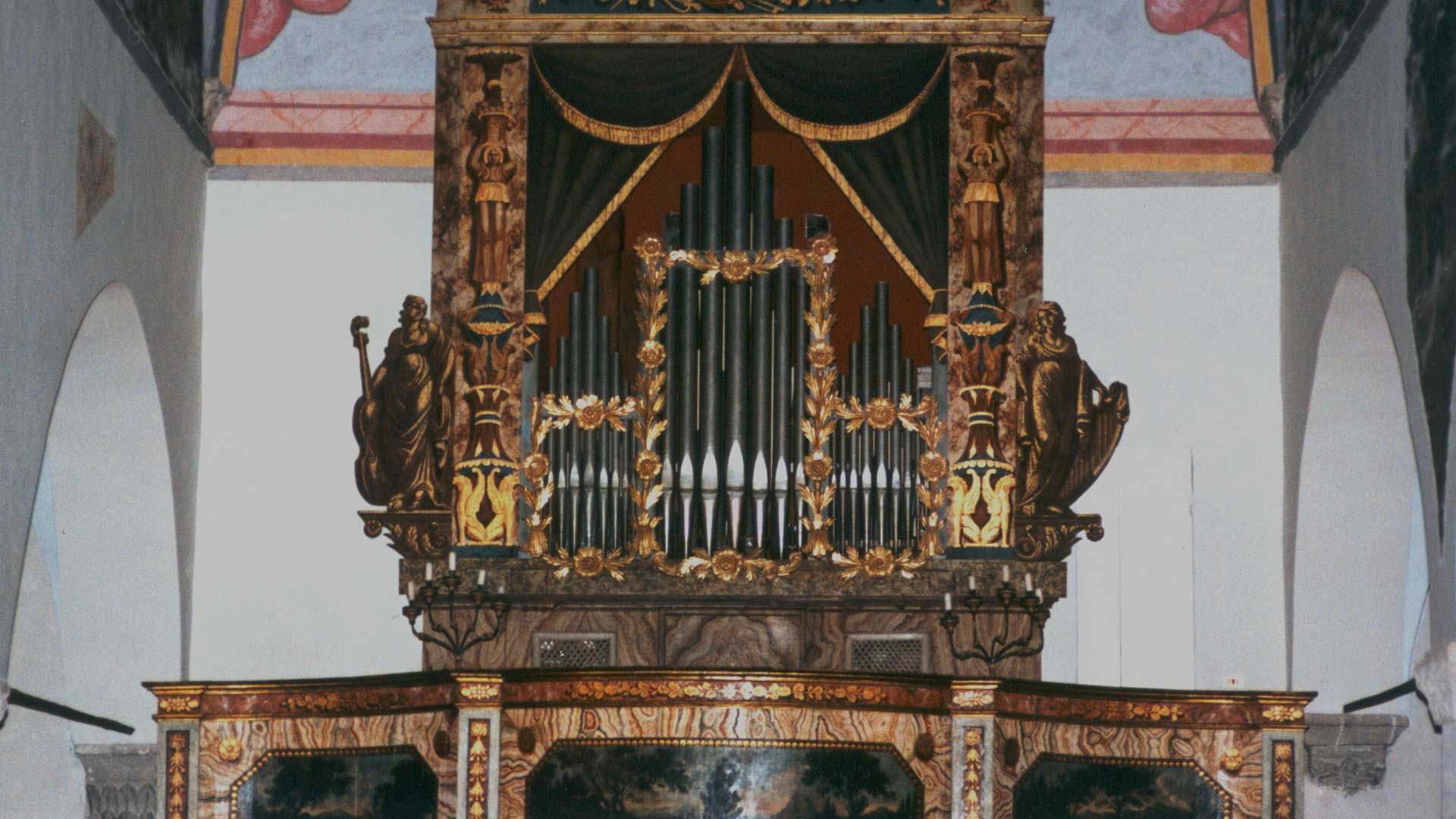 Position: in choir loft, above the entrance door. The choir loft is made of mixtilinear wood, it is independent and attached to the wall.

Case: independent, back to wall, front with three spans and a flat profile. Carved and guilded ornaments similar to those on the front of the Hermans organ of St Maria. A total of 25 front pipes like a spire in 3 spans (9-7-9), the principal pipe is C1 (8 feet), mitre-shaped upper lip, aligned mouths.

Pedalboard: has 9 keys, complete (C1-C2), always coupled with the keyboard by a wooden Contrabassi 16 and an extra key for the Tamburo effect.

Wind chest: slider, in dark walnut, of excellent workmanship with 45 wind channels divided into four sections. The bass wind chest, also in walnut, is behind the principal slider wind chest from which it directly receives air.

Stops: arranged in two columns to the right of the keyboard with wooden draw-knobs. The names of the stops are newly-made and printed on cartouche

The eight-foot Ripieno ritornella (upper limit set by the last note of the Decimaquinta).

Accessories: on the left side of the case, half-way up, there are the imitative stops of “usignoli” (reconstructed) and of the tamburo with two wooden pipes as in the Hermans organ.

Bellows system: the original bellows disappeard in an undefined era. They were rebuilt with two wedge-shaped bellows based on the Hermans organ in St Maria. They project out of the back of the organ case into a chamber expressly made for them.

The Restoration of the L. Neri Organ (1647)
by Fabio Ciofini

The history and traditions of Collescipoli (today its name is given to the last of the nine districts into which the territory of the commune of Terni is divided) are reborn thanks to, among other things, the Hermans Festival which takes place each year from October to the following month of May and includes a series of monthly concerts which alternate with Vespers and spiritual meditation.

This church is situated in the centre of the city and is of high artistic value; it already had an organ in a remote period of time. In fact, as the instrument was disassembled some things were found (e.g. very old boxwood key covers) which are proof. Also, from the analysis of the floor of the choir loft, made of two different cuts of wood, one can deduce that the case and the choir loft were originally smaller than they currently are.

But the quality of the materials used for the organ – immediately recognized – the overall stylistic coherence of the wind chest, of the metal pipes and of the keyboard, did, however, make one think of an instrument constructed by a great organ builder.

Finally, toward the end, it was possible – at least in part – to answer many of the questions which had evolved during the restoration. On the note F1 of the front principal, the date 1647 was discovered engraved on the back of the tuba, about half-way up.

This important finding served, above all, to divert one’s attention and research toward some organ builders of that period in central Italy, especially in and around Terni. Of particular interest was the comparison of some details of the organ in St Nicolò with the Luca Neri organ (1650) in the Oratorio of St Antonio in L’Aquila: the keyboard, the “stigmass” of the keys, the lateral modillions, the principal wind chest, the façade and the soldering of the pipes of the Principal are identical1.

With the necessary prudence, one could thus attribute the making of the organ of St Nicolò to the organ builder Luca Neri, a Roman craftsman who lived in Leonessa and worked in Umbria from about 1638 to 1648. Some grandiose instruments of this renowned master are known – Perugia, The Basiclica of St Domenico, 1644, Terni, The Cathedral, 1647 – with its magnificent and monumental façade still present today – and the one from 1645 for the Church of San Giovanni in Piazza in Terni (no longer present). Neri’s presence in the area governed by Terni is therefore clearly displayed. This author’s archival research has revealed that Cristoforo Fontana is the organ builder who rebuilt and/or modified this instrument in 17122.

Of Roman origin, he settled in Terni around the end of the seventeenth century; his works are documented in Amelia (the Cathedral), Assisi (The Basiclica of St Francis), Città della Pieve, Gubbio, Orvieto and Perugia. In 1712 he received a “down payment” of ten “scudos” for the work he was to do on the organ of St Nicolò, work which cost a total of fifty “scudos”. Fontana took care of the maintenance of the organ until 1723. The archives reveal that in 1778 Paolo De Santis raised the pitch of the organ.

The intervention of the organ builder Alderano Spada3 from Terni was important; in fact, inside the wind chest one can read the words “Alderano Conte Spada e figli restaurarono/l’anno del Signore/1831”. [Alderano Conte Spada and sons, restoration in 1831a.d.] The last intervention dates 1885 when the Professore I.mo Antonio Donati Veneto restored the instrument.

The long and patient restoration was done by the organ builder Pietro Corna, who brought the organ to its state in 1712, maintaining the Tromba stop added by Spada in 18314.

The restoration, authorized and supported by the Soprintendenza per i Beni Architettonici, il Paesaggio, il Patrimonio Storico, Artistico e Demoetnoantropologico of Umbria, was made possible thanks to funding by the CARIT Foundation and by the CEI. The inauguration took place on 31 May 2002 with a concert by this writer.

1. It is also extremely interesting how the original and unusual stop keyboard of the Hermans organ in Collescipoli is identical to the one of the organ in L’Aquila: not pull draw-stops but hand levers which move horizontally. Is it irrational to think that Hermans used the stop keyboard of St Nicolò for the organ of St Maria? (kindly communicated by W. Van de Pol).

4. Spada added a special channel to the bottom of the bellows with its own control; the construction of the pipes (which had been removed) was based on the model of the Spada organ of the Church of St Giovanni in Sangemini, currently in restoration by the organ builder, Angelo Carbonetti, whom we thank for having given us the necessary measurements and information. 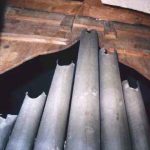 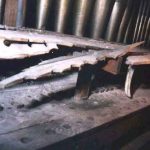 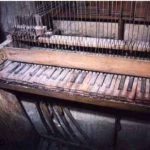 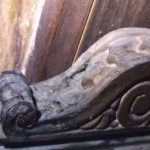 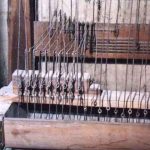 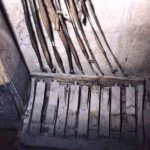 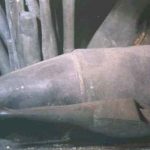 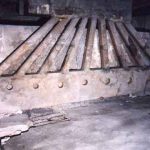 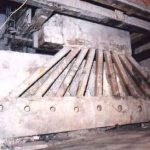 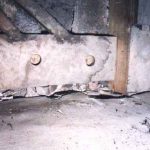 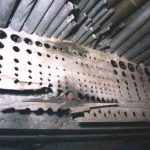 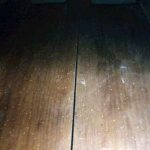 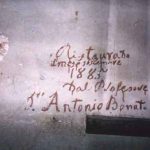 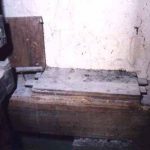 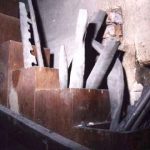 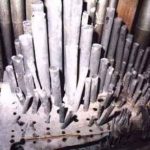 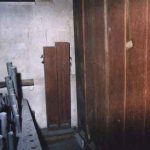 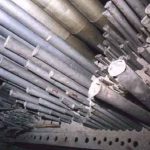